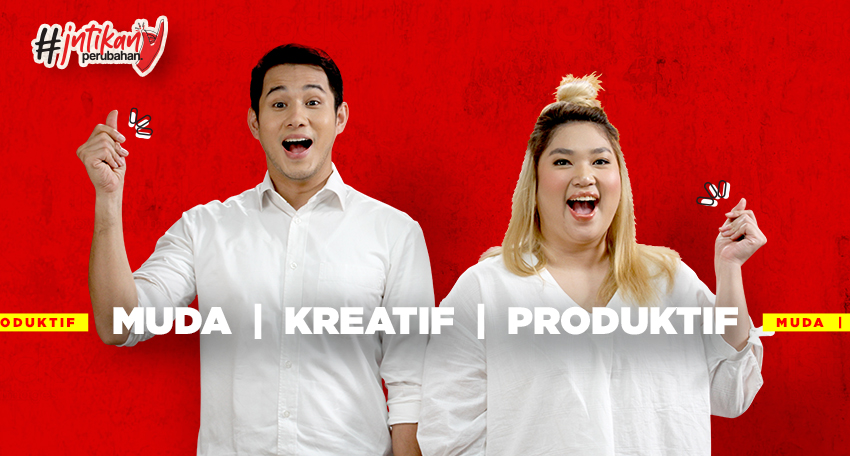 J&T Express initiated the spirit of Indonesia with the #JntikanPerubahan campaign program, which began in March and will end in the end of 2020. As an express delivery service company focusing on developing online businesses and a brand that is close to young people, J&T Express raised the campaign in a number of a series of activities by providing a forum for creativity for young people to hone their abilities through creative ideas that can be run.

The #JntikanPerubahan program targets young people to form a change that starts from small things with "Young, Creative, Productive" spirit, namely the spirit of youth to face dynamic changes by honing their skills or ideas so it can become a business or profession as well as being productive in utilizing their youth.

"The young generation is part of a society that has an important role in driving change, certainly has the potential to develop. Just like J&T Express who has a young spirit by continuing to innovate, promote creativity and continue to maintain productivity in operation, we want to invite people to start a change, even starting from small things. We believe that by being young, creative and productive we can all have a big impact on us all going forward, " said Herline Septia, J&T Express Brand Supervisor.

J&T Express starts the #JntikanPerubahan program series by holding a video competition named #JntikanKaryamu which started on March 18 to April 30, 2020. This video competition can be joined by the general public by creating the most creative videos and uploading them on their respective YouTube channels. #IntikanKaryamu video competition aims to provide millennials with a creative space to express their work. Just by a video that is 1 minute long, it can inspire the work of the nation's children to users of social media, as well as open opportunities for millennials in self-exploration.

The results of the video uploaded by millennials will be assessed directly by well-known professionals in their fields, Gina S Noer, who is the director of the widescreen film Dua Garis Biru and Anggun Adi (goenrock), a filmmaker. These two artists will be judges in the #JntikanKaryamu video competition and two lucky winners with the best videos will be selected to get a total prize of 50 million Rupiah. More information can be accessed at http://jntikanperubahan.com/jntikankaryamu/

The #JntikanPerubahan campaign program has indeed been made in a variety of settings to provide new offerings in the era that is very practical today. Indonesian youth have a variety of innovations that are always developing supported by existing technology and J&T Express supports these opportunities in order to achieve a change. This is in line with J&T Express's mission to create a more practical and efficient online business. The movement of this campaign program is also expected to be able to bring about change in a practical way, and made easy to look for information on its activities through the website www.jntikanperubahan.com