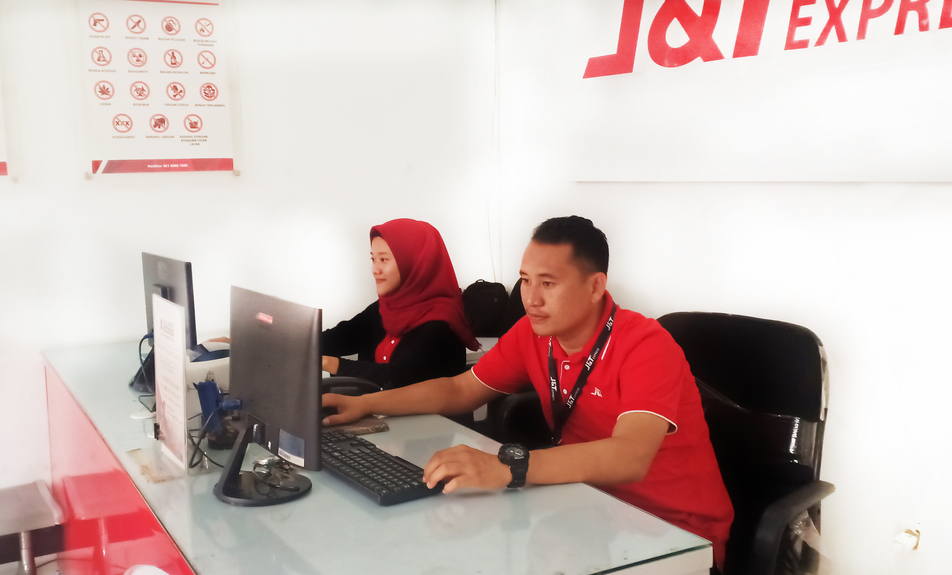 October 2015 was the beginning of a new challenge for Meri Sanjaya. Worked as the first Drop Point sprinter covering all areas in Tangerang, Jaya, as he was familiarly called, worked while continuing his lecture which had a vacuum. Having work responsibilities and completing college, Jaya built a commitment to stay focused on working to deliver and pick up packages without complaining, with high enthusiasm he managed to send up to more than 20 packages per day.

It is not an easy thing to finish sending in large numbers, in the early days of work Jaya had a hard time living it because of the distance that was quite far and still held from one Drop Point, even had to send packages to areas that were not covered at certain times. Sometimes he even had to go home at night to complete his task. However, Jaya's commitment strengthened him not to give up and he carried out the responsibilities to the maximum.

In addition to package pickup, Jaya also flies, where he gets information from a food seller that there are online sellers who ship items every day, but only few of them use J&T Express. Hearing that, Jaya was determined to find more customers.

With his hard work, unexpectedly two months in the profession as a sprinter, Jaya was given the mandate to hold more responsibilities in the new Branch as Drop Point Coordinator for Kotabumi. The spirit of Jaya is growing and has to start adapting again, even though it has passed through field twists, becoming a Drop Point Coordinator is not as light as one might imagine. because Jaya was not used to it, he had to learn to manage the movement of tasks for the team and overall package delivery goals.

Even though he has assumed the position of Coordinator, Jaya continued to plunge himself into the field when the high number of incoming package pickup requests. As they carry out their responsibilities, the spirit of leadership, firmness, discipline and authority is built firmly on Jaya.

Innovations continue to be made so as to encourage the progress of J&T Express Tangerang, such as making SDP (Super Drop Point) by combining several Drop Points to maximize operational performance and Jaya is trusted to be the Super DP Karawaci SPV, and making Tangerang SPD one of the best in Indonesia. Jaya's commitment to making him trusted again today by holding the responsibility of Assistant Manager of J&T Express Tangerang.