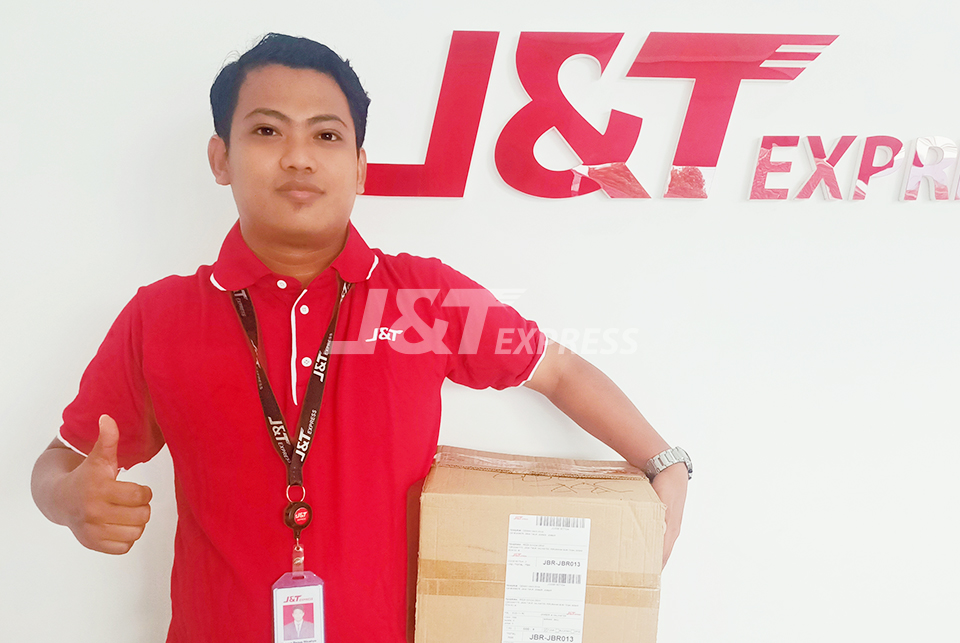 Yesaya Bagus Wicahyo's career journey by joining J&T Express East Java began in December 2015 as a sprinter in the Mojokerto area. At that time he tested outcover delivery in mountainous areas, with his work loyalty he was able to maximize his responsibilities and was judged as a sprinter with the highest turnover. Less than a year he was trusted to be a new Drop Point Supervisor for placement in Surabaya and started from scratch for new challenges, all of which he did with maximum performance until he filled the Manager level.

"In the beginning, several sprinters resigned and left several empty areas and no one has handled them, with full readiness, I volunteered to handle all the sub-districts so that there would be no accumulation of delivery packages while arranging between delivery and pick-up," said Isaiah. It turned out that his initiative to minimize the accumulation of packages was not arbitrary, Isaiah handled the delivery of packages to 6 sub-districts by setting the time to leave for work early and return late at night to be able to complete all the routes he had arranged every day. Not to forget, he also confirmed to the customer that he would pick up the package every 4 pm so that the package was ready for pickup and did not waste time waiting. In this way he does consistently and his performance continues to improve.

Mid-2016 Isaiah no longer picks up packages by leaving in the morning and returning at night, but focuses on supervising Wiyung's DP in the Surabaya area, where he tries to develop the DP gradually and set new strategies again. Unlike before, if in big cities the morning incoming packages can arrive early in the morning, so he has to work on it himself instead of the sprinter team to receive the package because of the consideration of sufficient rest time for the sprinter team who must be fit on the road during package delivery. For almost 3 months Isaiah slept in the DP to arrange an optimal work rhythm and set the sprinter schedule for delivery and pick up so that everything was done on time. So, this is where Isaiah sets an example and directs his team to always be able to complete their respective responsibilities.

These efforts did not necessarily run smoothly, he had an unpleasant experience when there was embezzlement of company money by certain individuals, so he was in a race against time to resolve the problem to the authorities until it was finished, but it did not stop there, Isaiah was responsible for replacing all losses incurred. experienced at that time. Although it felt heavy, he did not give up, the event became an evaluation for him and turned him into motivation to do better. Finally he managed to bring DP wiyung to be the best Drop Point at that time with the achievement of becoming a branch with the best pick ups and quality and then he was again trusted to be Asst. Regional Manager to Regional Manager Surabaya area. Thanks to his tenacity and excellent work loyalty, Isaiah was awarded Best Manager 9.9 and Best Growth Manager in 2020.