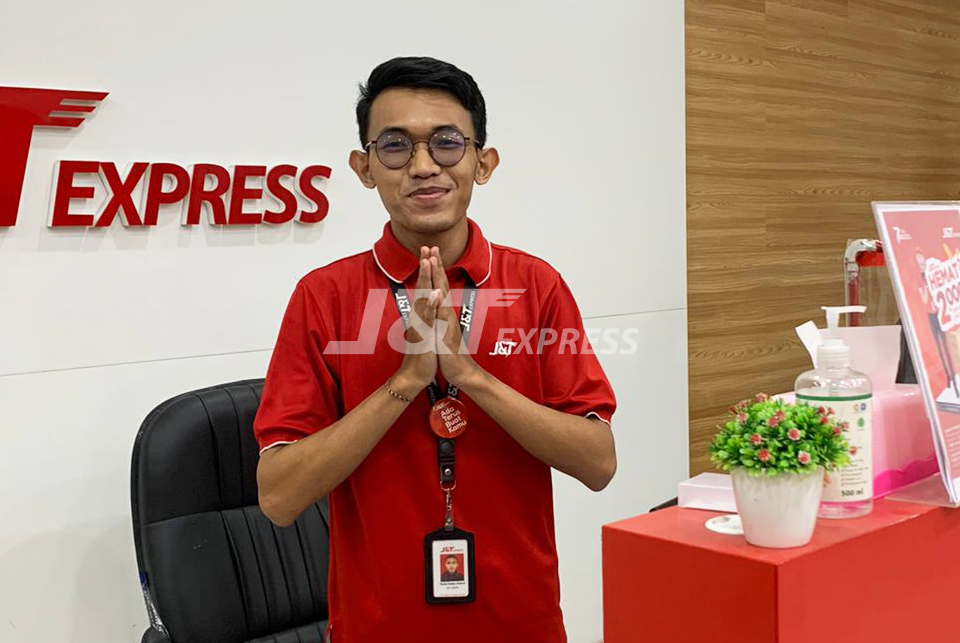 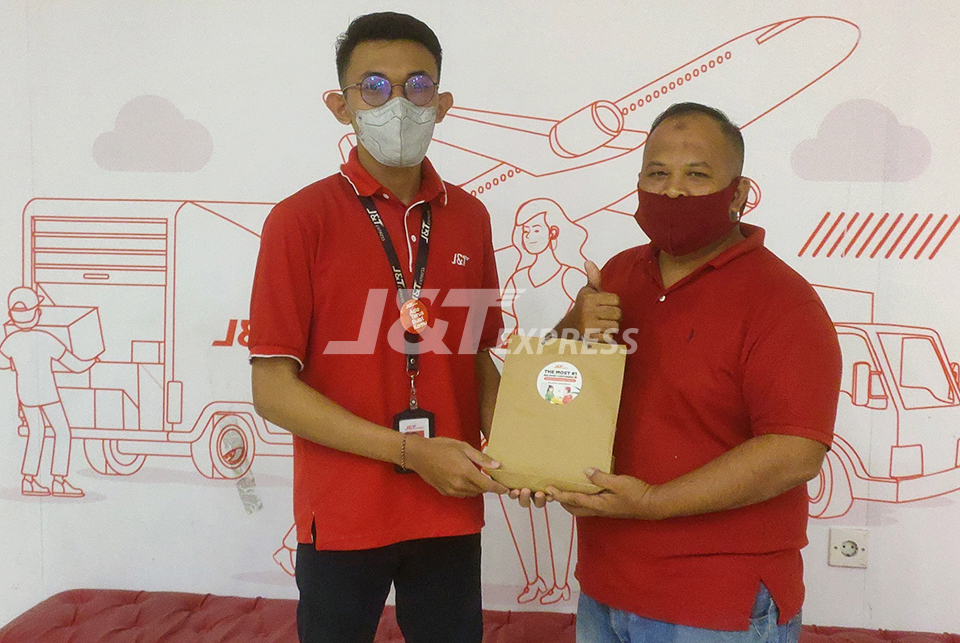 Working concurrently in two different positions is not easy to do, especially if it is done on one's own initiative, it is very rare in the world of work, but this happened to Pandu Robby Arifandi, the admin of the Surabaya Gubeng drop point. The man who is familiarly called Pandu is tireless, thanks to his dedication and high contribution, he has led him to achieve various achievements, namely Grade A admin certification in 2020 and 2022 as well as being the Best Employee of The Year 2022 in the East Java area.

Starting with the intention of wanting to start a career after graduating from college in the field of economics, Pandu applied as an Admin at J&T Express who unexpectedly had explored this 3 years of his career and had several double jobs. “First of all, I can't bear to see that my co-workers are still not finished, while my work is finished, the problem is that even though they are in different positions, they are still in one branch, but teamwork is the main thing. In addition, I also want to continue to help maintain good relations with customers who are usually picked up by Sprinter. I'm afraid that if the sprinter is unable to attend, he will even look for a new branch or sprinter," said Pandu explaining the reason he was willing to work double-duty.

Of course, double working has its own challenges and requires good time management. For Pandu, the biggest difficulty when he doubles as a coordinator is when he has to try to maximize follow-up, but from the incoming area, which is sometimes slow to respond, while from the drop point area he has to pursue SLA and handle complaints from customers who have been waiting for packages.

Pandu admitted that for now he has focused on being an admin and only helps the drop point coordinator when he is on leave or is on leave. “I have been assigned several times to move drop point locations and finally after 1 year of working I became an admin at Gubeng until now. While at the previous location, he was also the coordinator. Sometimes I also help the sprinter to pick up the package because there is only 1 sprinter and then at another drop point I was placed, I did everything from admin, sprinter, spv to coordinator”.

Of course, as an admin, Pandu also meets and communicates directly with customers. Because of his familiarity with customers, Pandu is often brought food by customers when they drop off packages. Despite such familiarity, Pandu still adheres to the company's rules, especially regarding the package delivery procedure. He was once scolded by customers because he rejected fraud packages or packages that were not up to standard.

Working for a living forced Pandu to stay away from his family. Migrating from Kediri to Gubeng for many years made him routinely visit his family every week as a routine. As a nomad, Pandu's enthusiasm for work is very high. From this work he got various achievements and earned enough income to meet his needs. "Alhamdulillah, we have started to be able to build a small house even though it is not finished yet," said Pandu.