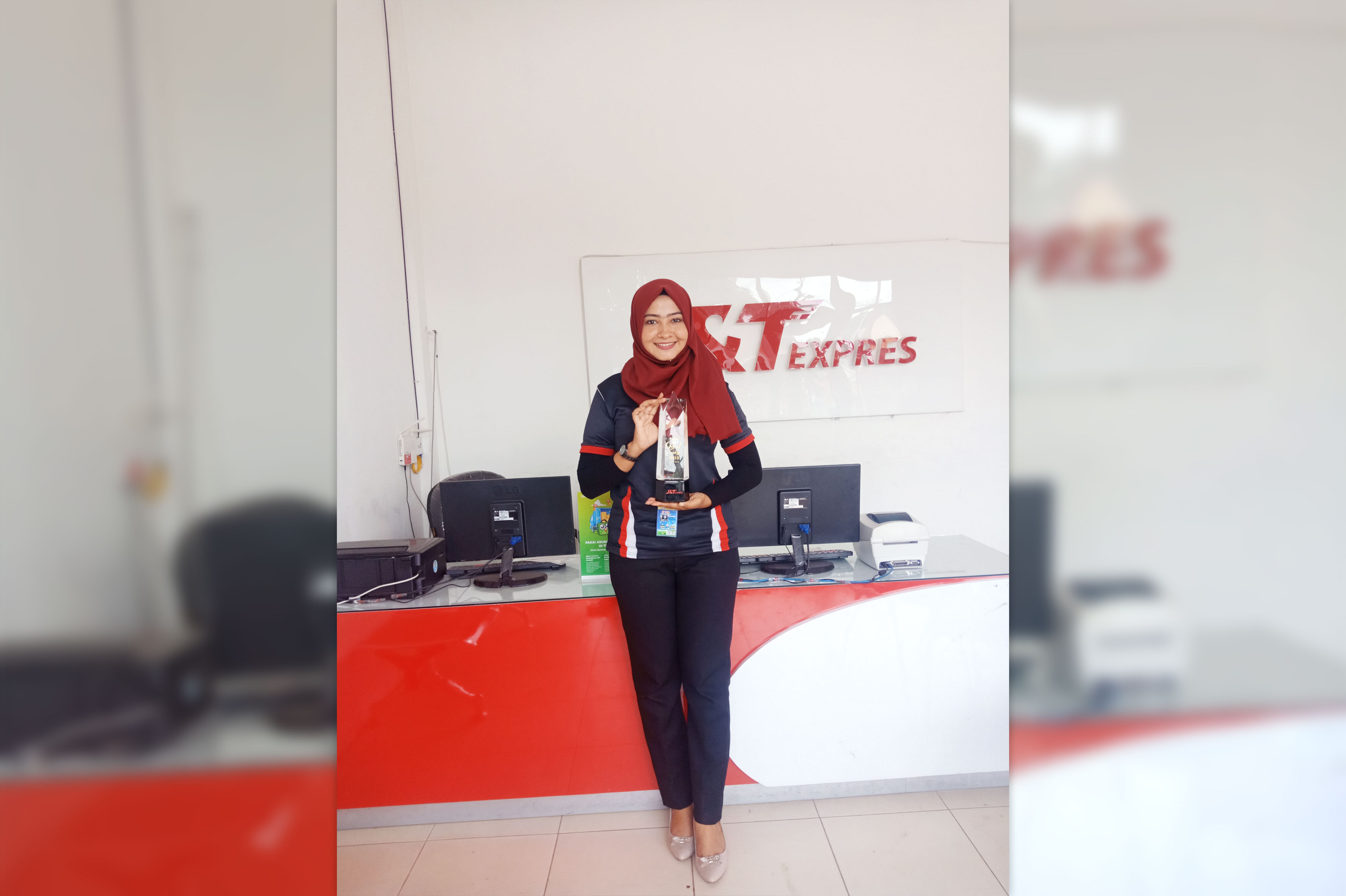 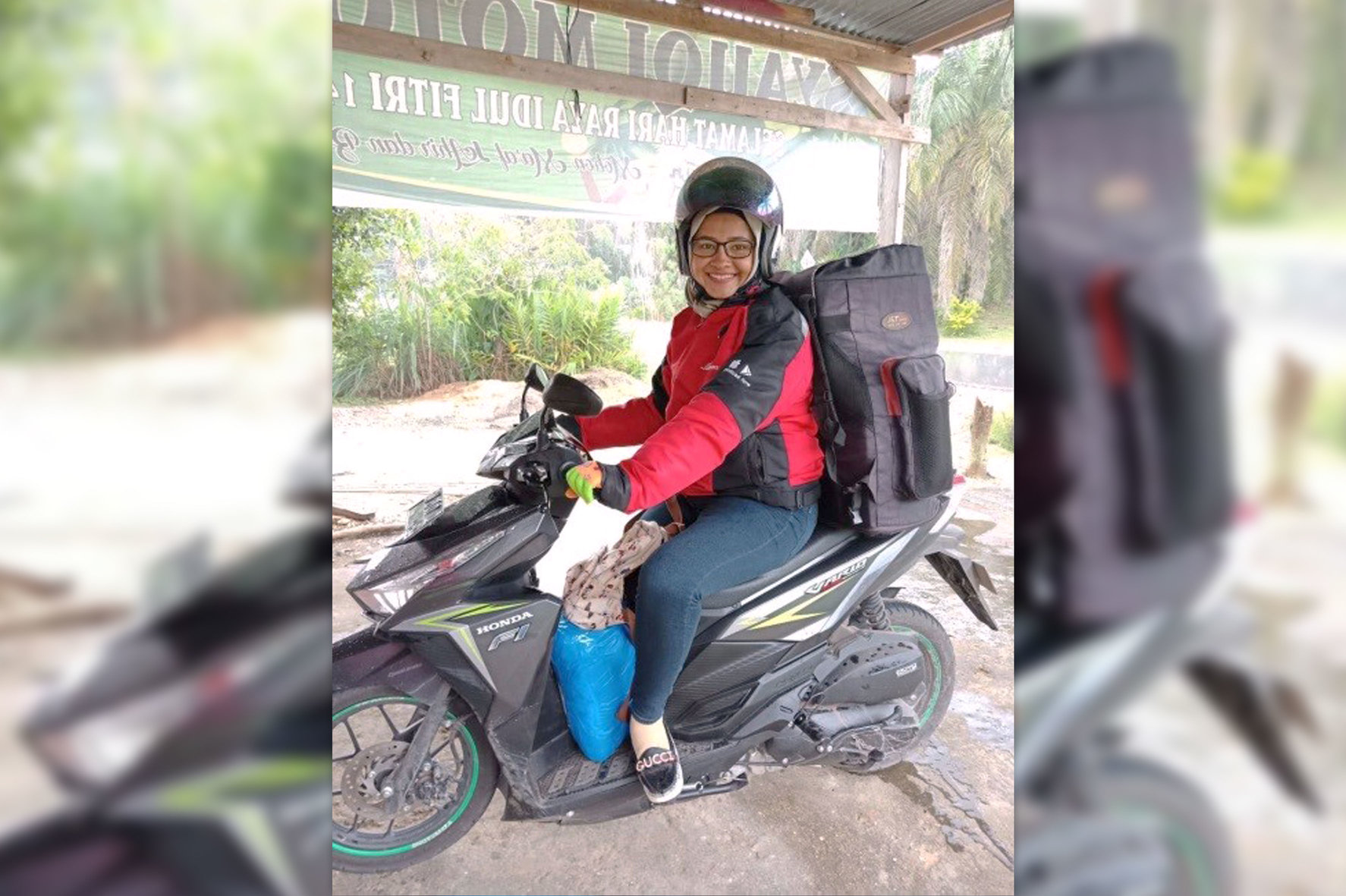 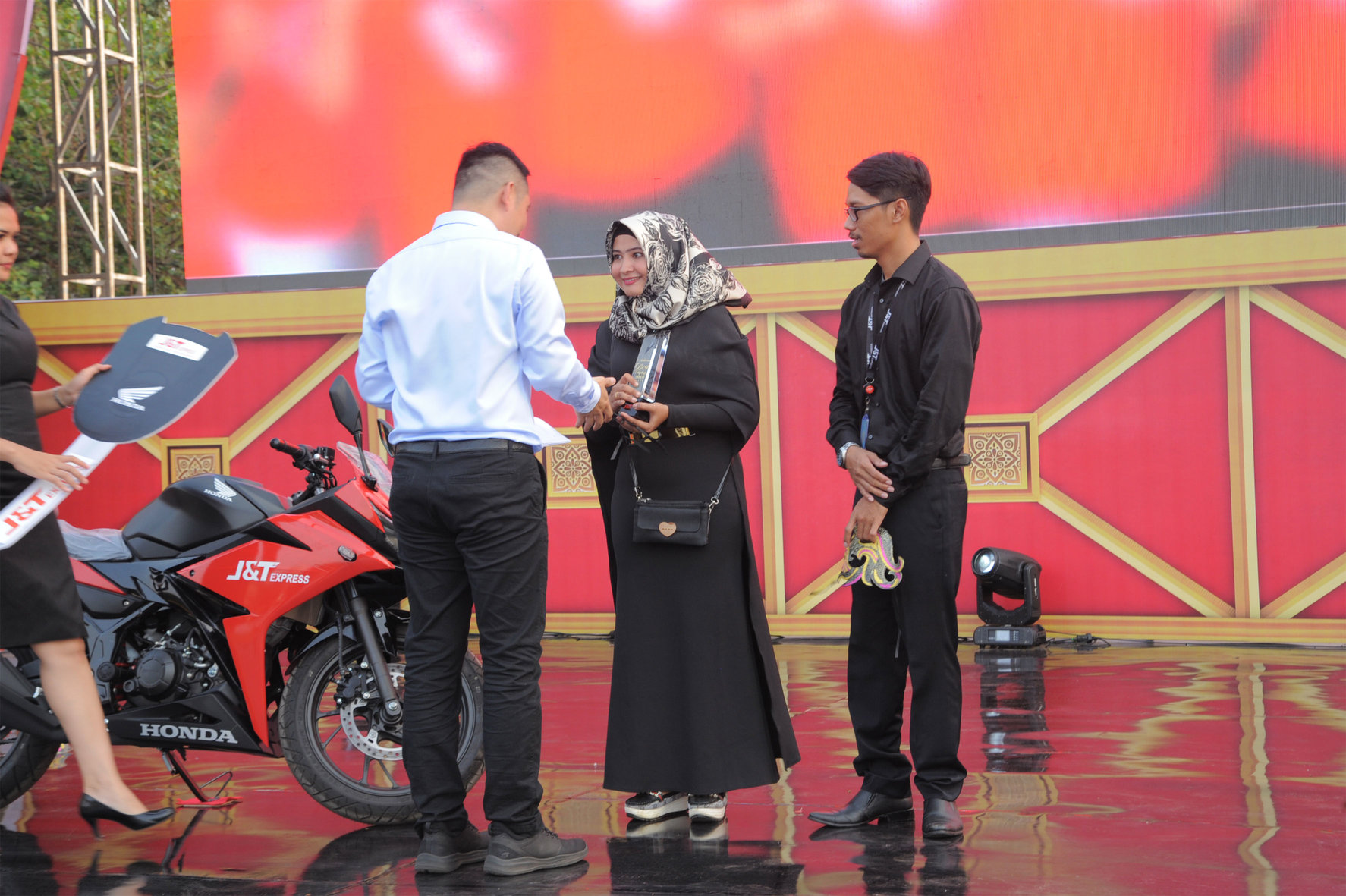 Istri Diridyani, before joining J&T Express he worked at the HP counter for 11 months. After switching jobs to be an admin at J&T Express in Ujung Batu branch for 1 year and 5 months, this woman who is familiarly called the Istri feels very comfortable working at J&T Express. "Even though working under pressure but here I feel the system of kinship and teamwork here is also very extraordinary, helping each other and not bringing down one another" he said.

Istri never considers that the job is only limited according to the position she has. Without hesitation, this woman born in 1996 was willing to help co-workers in sending packages to customers as sprinters. This she did to continue to provide the best service for customers and share the workload of fellow colleagues as a team which is also one of the core values of the company. Even when she delivers the package, even though she feels so hot due to humid weather and delivering the package until the evening, she enjoys working as a sprinter and she feels that even though it is challenging but very exciting, he can even meet with many different customers and how to deal with it.

Initially she helped send the package because of her own initiative, especially when the package at the drop point that needs to be delivered overload. "I permission to HRD first to help sprinters deliver packages and HRD agreed as long as it did not interfere with my work as an admin. At first the prestigious sprinter and the doubt of a woman delivering the package, but over time they were not awkward and even asked for my help, " answered the Istri when she first helped as a sprinter. "If I go back to the village once a week when I go off, I also bring a package that is in the same direction to my village because access to my village is quite far and difficult, so the sprinter only goes to the area every two days to transfer between packages. work and avoid customer complaints too " she added.

Unexpectedly because of her hard work as an admin who also doubles as a sprinter, she was proposed as the best employee candidate by the J&T Express branch she worked at the annual J&T Express. Hoping to get the title of Best Employee in Indonesia, Istri asked for the prayers of her parents when she left for Jakarta and when it was announced that she was one of J&T Express Indonesia's employees who received the Best Employee 2018, she felt proud and honored. "Initially I helped as a sprinter, the office gave me appreciation in the form of handicraft money without my claim even though other friends could not, but when I was informed I was nominated and when the event in Jakarta I was announced as the Best Employee 2018 and got a motorcycle prize, I to want to pass out even when I was informed to my parents, my mother came to cry "said the third child of 7 siblings.

The spirit of work and service value that is embraced by Istri we can apply in our work each to achieve a success and appreciation for yourself.