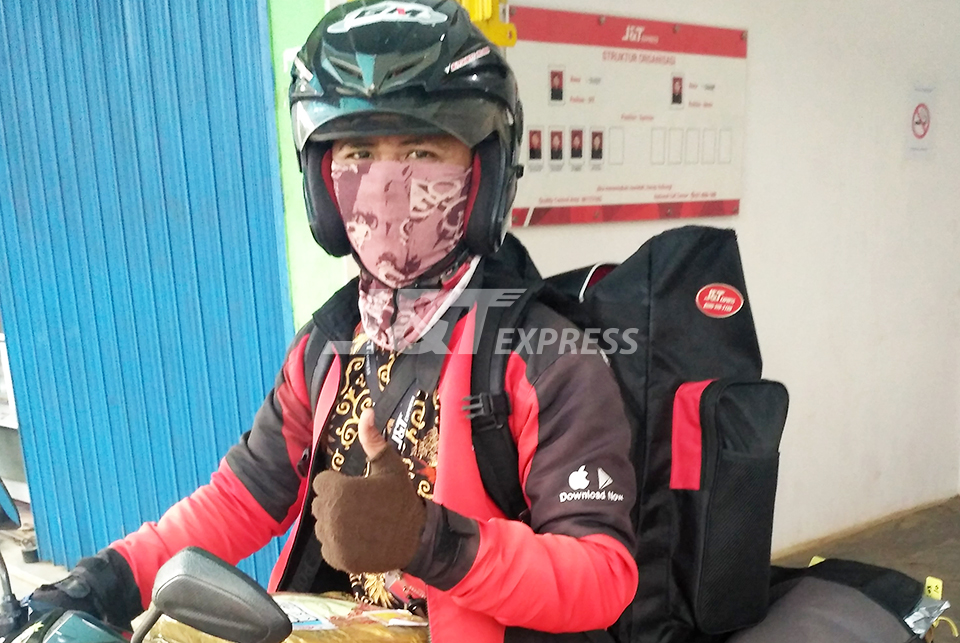 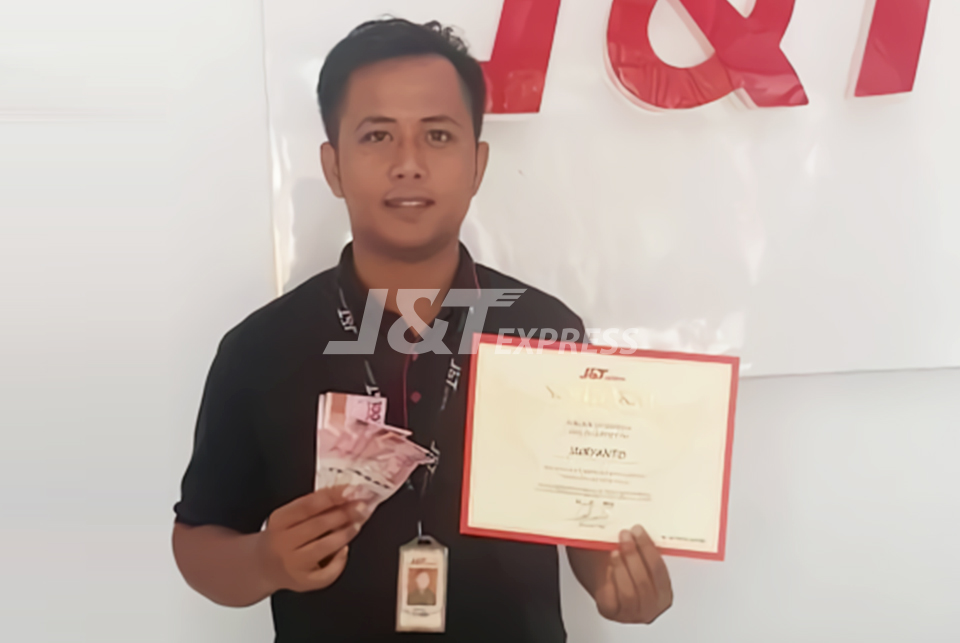 At the beginning of his career at J&T EXPRESS, precisely in January 2018, Suryanto served as a Sprinter for the Yosodadi Metro Lampung area, at the beginning of work the man who is familiarly called Surya thought that the work he did would definitely feel heavy, because the distance between his home and place of work was around 25 km or so. takes about 45 minutes of travel. Even so, he kept his job until in October he took part in the sprinter certification in his area and managed to get 1st place. This result led him to take on new responsibilities as an Admin Drop Point (DP) for Purbolinggo which was just opened in the East Lampung area.

"I believe that what we plant will never be in vain, the key is that we must always be patient and sincere in living it," said Surya, very grateful for what he got. Previously, Surya had to deliver packages with a distance of approximately 40 km, about 7 hours per day by motorbike, and he did everything without any pressure and did it with pleasure and sincerity. According to him, every job must have risks and problems, both on the road and those related to customers such as finding addresses or regarding bills such as COD, but as a worker you must also understand the existing standard operating procedures (SOPs) so as not to make mistakes at work.

Since working as the Admin of DP Purbolinggo, Surya is no stranger to the work that must be carried out, because armed with experience as a sprinter, he already understands the arrangement of delivery tasks and also serves customers who come to send packages. Unique things also often happened while he was on duty, one of them came to send a package and as usual Surya asked the contents of the package to be sent according to the procedure applied, at first the person claimed to be a photocopy of the file, but when asked to check together the situation changed and the sender is angry because he doesn't want to be checked and doesn't want to tell the truth and leaves the Drop Point.

Surya continues to respond in a friendly manner to all customers and in a kind and polite manner, thus making many customers return again to send packages at the DP where Surya works. In addition, he also took the Admin grade exam to boost his abilities and Surya also managed to get an A grade but this time in second place, for him it is an effort that he is still grateful for. With a never-ending passion, he managed to reach the target by picking up up to 100 million packages per month.

He is grateful for many things, with good achievements Surya is also trusted to be the Supervisor of the Purbolinggo DP to carry out bigger tasks. He is ready to accept the appointed job because when he was a DP admin, Surya pretty much knew the duties of a supervisor by learning from his previous superiors. By continuing to learn from each stage, Surya does not feel that work is a burden but takes positive things to hone his skills and learn from anywhere to be better.