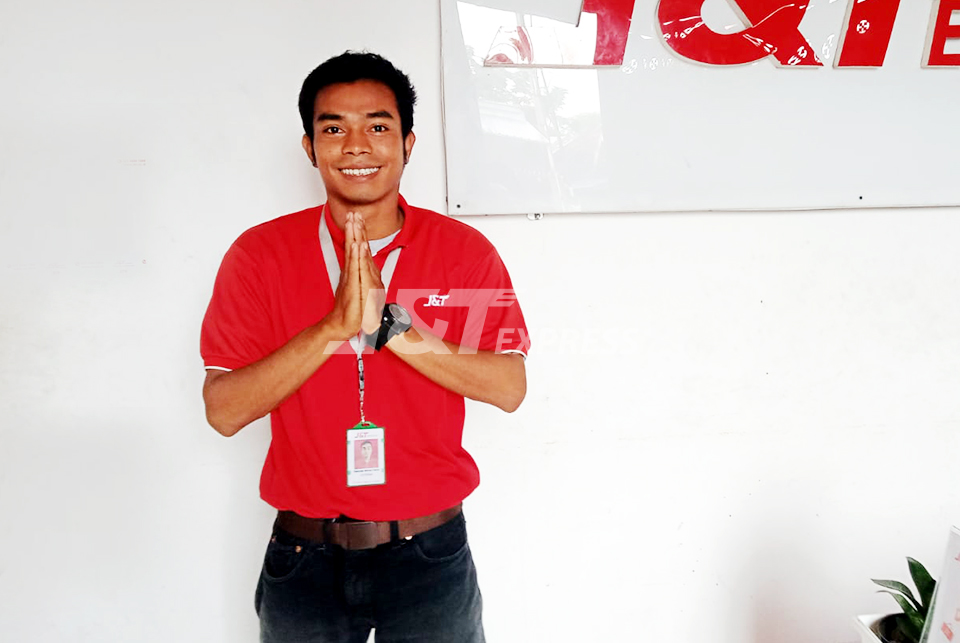 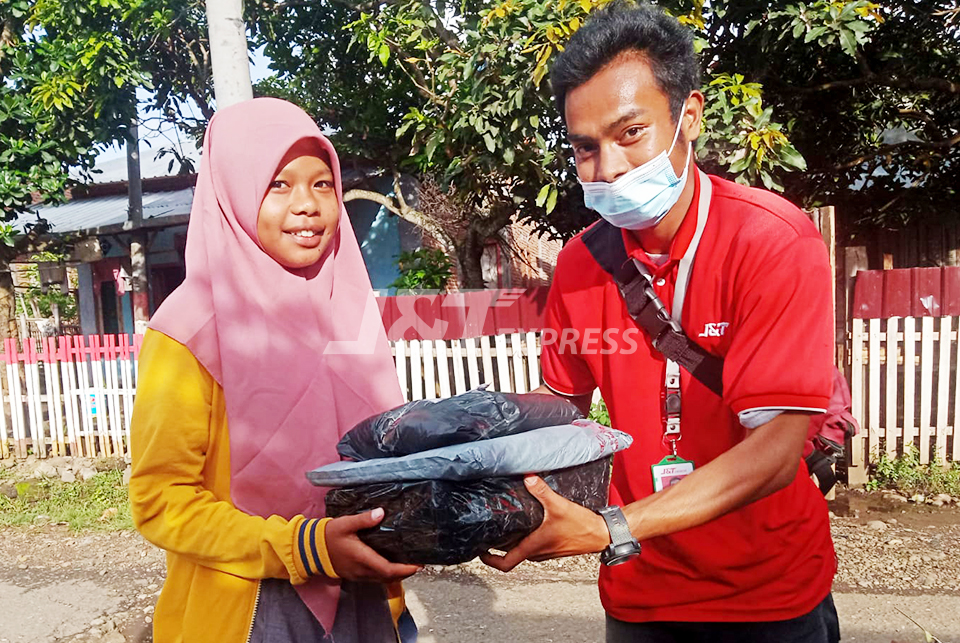 Compared to working in the bustling area of the Metropolitan Capital, Rahmat Mifrah Farid (25) who is familiarly called Farid chose to move to his parents' hometown to earn a living. Applying to work as a sprinter for J&T Express Drop Point Dompu – West Nusa Tenggara since September 2020, Farid admitted that working at J&T Express is better than the previous job he did in the city of Tangerang. Being a sprinter is certainly a new experience, apart from the fact that he likes the countryside and wants to be close to his family, he feels that his pleasure in socializing is one of the factors that decides he applies as a sprinter in his parents' hometown.

Of course, growing up in a different city from today makes Farid need adaptation, especially communicating with local Dompu residents who still use the regional language and also have very different characters and habits from the capital. His adaptability and communication skills have made Farid loved by the residents of Dompu and earned him the nickname "honest person" by one of the customers. When it comes to customers, I'm never too formal, but I'm always joking, asking how they're doing and smiling so I'm more familiar.”

Just like sprinters in general, of course Farid had problems delivering packages, but his proximity to local residents also made Farid get help. “At that time, I was pointed at with a 2 meter machete by a customer because I felt that the items ordered were not appropriate and wanted to ask for my money back. For 1 week I was always terrorized but Alhamdulillah because I was close to other customers there I was even guarded in the sense that at that time someone was blocking and expelling him, even I was close to the village head, so I was assisted by the village head and Babinsa to settle the family amicably” said Farid telling his experience.

As a delivery sprinter, Farid divides his delivery routes to be more efficient. He always delivers to the city area which consists of offices and schools first in the afternoon and followed by a delivery to the Mount Dompu area. The mountain area he is currently delivering is as large as the city because he is trusted and asked by customers to deliver packages in the mountain area. Everyday he spends about 4-5 hours for the Mountain area until the evening. Not infrequently he also had to face the route home without lighting so he had to be extra careful. “Once I arrived at 1 am at 12.12 am just coming back from the mountain area because at that time the corn was already mass harvesting so it could reach up to 450 delivery packages,” recalls Farid.

Entering the National Shopping Day at the end of the year and also the rainy season is certainly a challenge for sprinters. Farid said that when it rains he doesn't have any major problems, generally he contacts the customer first to inform them that he will deliver the package and ask about the weather conditions there, and he even has coffee prepared by the customer when it arrives.

Responsible for customer packages, Farid sometimes uses his clothes to wipe the package baskets. “When it rains sometimes it's called a mountainous area, right, there is no place to rest and the basket is indeed waterproof, but there must be water ingress, so sometimes the clothes for rags don't get too much water. To prepare for the peak season, they tend to listen to music as encouragement and spend more time sorting goods and encouraging each other at the drop point.”