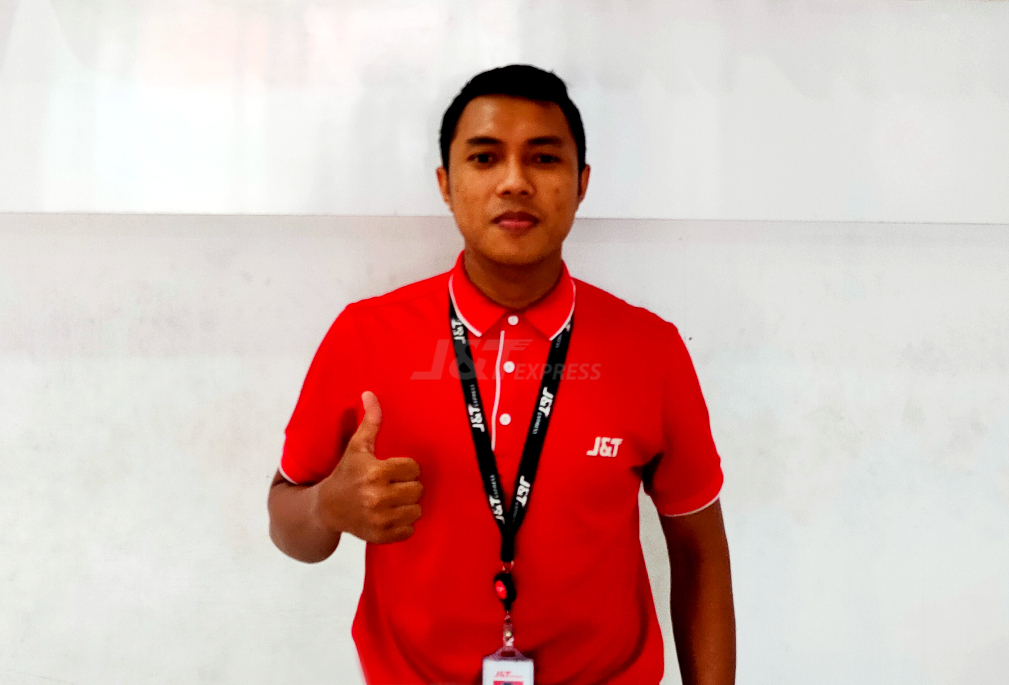 Ahmad Fauzi, works as a Drop Point Sprinter (DP) Ketapang, West Kalimantan. This 25-year-old man joined J&T Express Pontianak since 2016, he was one of the first generation employees at his place of work, at that time Fauzi was in charge of delivering packages from drop point to many remote sub-districts, the travel time to those sub-districts were not short. It felt tough at the beginning because he can only deliver 40 packages, but he believes that his effort will not betray the results, this motivates him to never complain and always work optimally, his work performance continues to improve and now he can deliver up to 200 packages per day.

"An easy job will become difficult if  you only complain, on the other hand, any difficult job will be easy if we do it seriously," said Fauzi enthusiastically. It is undeniable that he felt pessimistic at first about being able to complete his delivery target considering the mileage and road access that were quite difficult for him, he slowly got on with it and tried to do his best for his responsibilities.

His efforts to achieve the maximum delivery target did not only run smoothly in one go. Fauzi faced different challenges and difficulties almost every day, besides road conditions and weather that were not always friendly; sometimes he had to receive unpleasant response from customers.

One of the unique experiences he had was during delivery to Perhuluan area. He was carrying a package with a delivery address that was quite far away, his intention was that the package would not be delayed to tomorrow only because of the far location, on that day he maximized the delivery even though he came home late.

After about 4 hours of traveling and passing through uneasy road, he arrived at the destination and immediately delivered the package, it was a bitter experience because he was compared to delivery goods via travel agent, because he only rode a motorbike. Feeling tired at that time made him learn to be stronger and more patient. "The point is to be sincere, patient and honest, surely everything will get better" continued Fauzi.

As time goes by, Fauzi has proven his ability by always achieving his target of 80% and even reaching 100%. Thanks to his efforts and hard work, he received appreciation as one of the best sprinters from Pontianak on J&T 5th Anniversary Employee Awards 2020. He is very grateful and intends to save and collect the results of his hard work to make his parents happy. As a result, now Fauzi is able to buy a motorbike for his parents and he is targeting to get married next year.