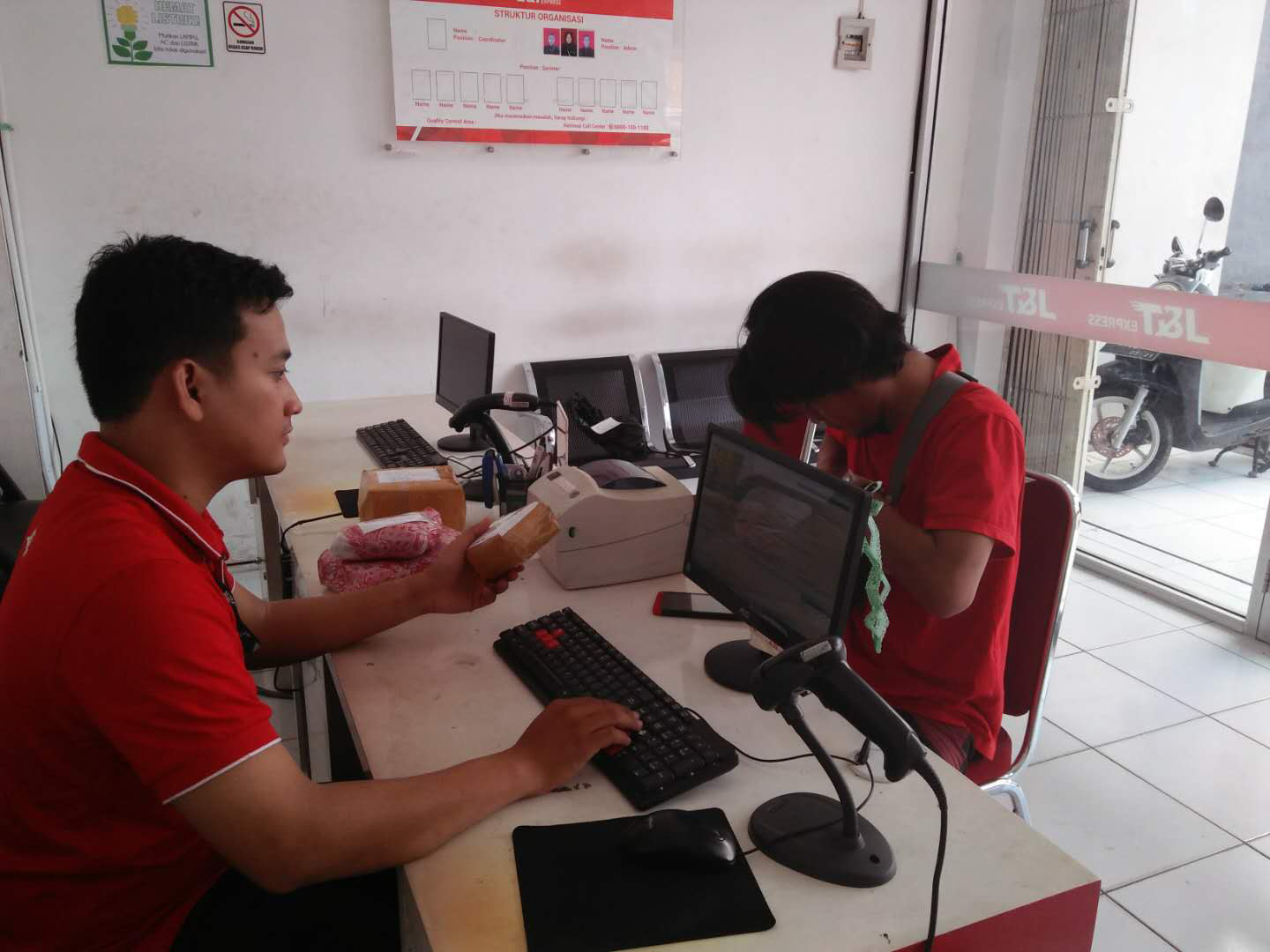 People who succeed are not people who never fail but still try in any difficult circumstances. This is what is lived by Musrizal, a family head from his small family. Working at the J&T Express Drop Point Cibinong branch - Bogor for 8 months made him feel a variety of challenges to make it better. With strong mentality from his previous work, he was able to endure the heavy workload as admin of the Drop Point J&T Express Cibinong branch which is the drop point with the most packages in Bogor area.

With a total of 300 to 500 packages per day, Musrizal handles on average 100 to 200 packages per day at the drop point he works for. Even if his fellow admin is on leave, he can handle up to 300 packages by himself per day. He was helped a lot by the senior admin in his place of work. "It is impossible for me to handle everything by myself. I was assisted by 2 other admins. Although there are so many packages and problems that must be handled and tiring, thank God all can be resolved properly. I love working here, especially with teamwork as good as this, "said Musrizal.

Not only serving customers who deliver packages, Musrizal and his colleagues sometimes also serve customer complaints related to their packages. "Almost all kinds of complaints about package problems have been experienced by me. At first I was shocked and not used to it but I was helped by fellow admins who also even helped explain to customers to understand. So the team also did not stay silent seeing things like that and from there I learned a lot until now I am used to being able to handle customer complaints as well ".

Musrizal also even gave up his afternoon break which should have been for 1 hour but he only used 10-15 minutes per day for lunch and performed the prayer even he was willing to postpone his resting time until the queue of customers began to quiet. This is because many walkin customers drop packages at Cibinong Drop Point. He must work quickly but carefully because if not, the customer queue can extend like the hospital queue, he joked. Every day before returning from work, he always checks the customer's package that he input to avoid mistakes.

Musrizal's hard work paid off until he got the most appreciation as the Bogor walkin admin for the period of July 2018. He was given a prize in the form of OPPO F7 cellphone. "All of my colleagues also entered into this nomination, in fact I think they are the ones who are the most admins of walkin," Musrizal said when asked about the appreciation he received. "Working at J&T Express besides getting a lot of knowledge such as time management and how to socialize well, I can also buy a motorized vehicle on credit, support my family and buy new gadgets. I am grateful for everything and whatever I get, the important thing is lawful, "added Musrizal.

We can apply Musrizal's persistence in every of our work sincerely regardless of the results we will get later because every effort will not betray the results received.