J&T Express Held the Inauguration of the Al Falah Islamic Prayer Room after the Impact of the Semeru Eruption, Supiturang Village, Lumajang 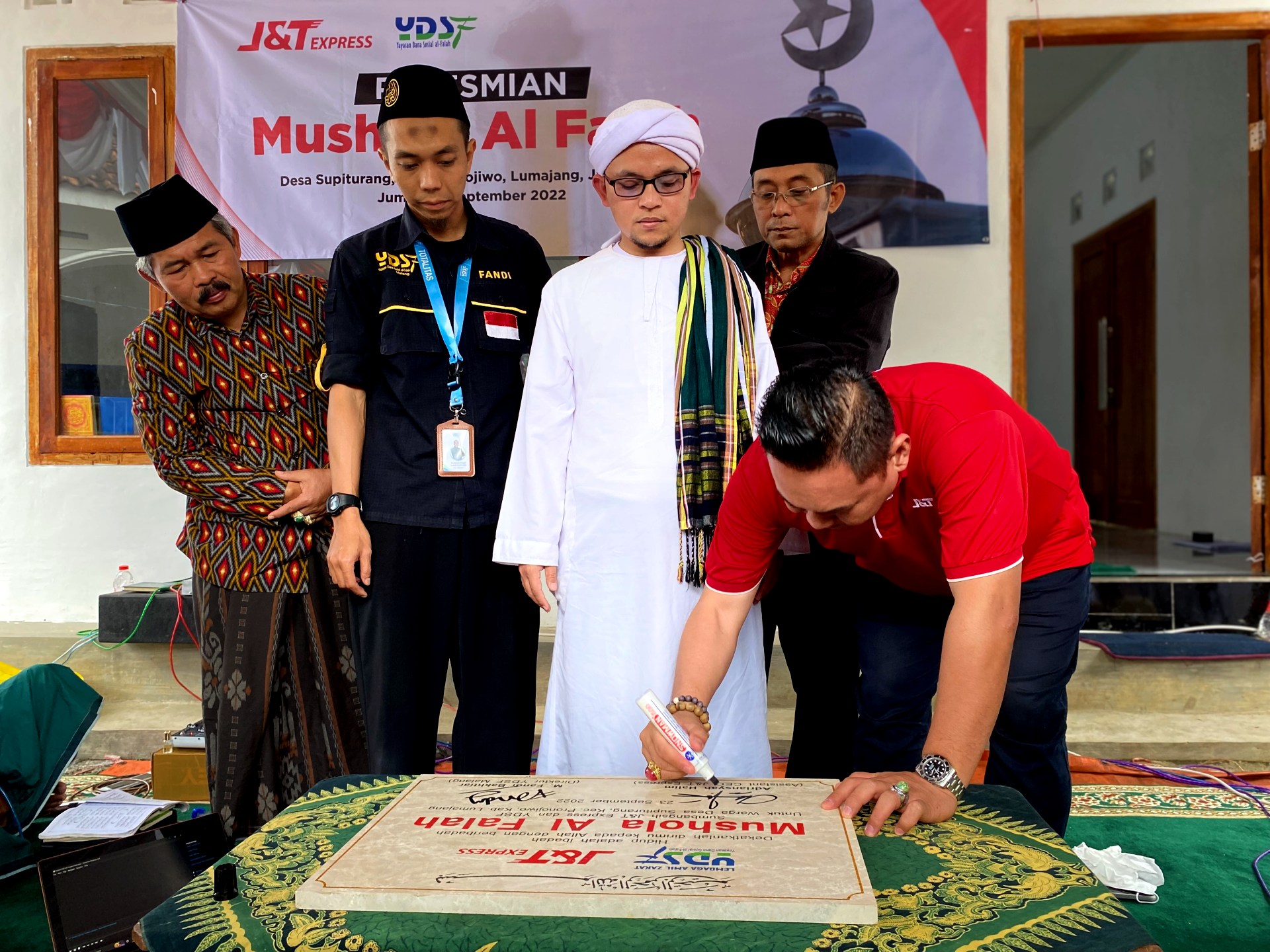 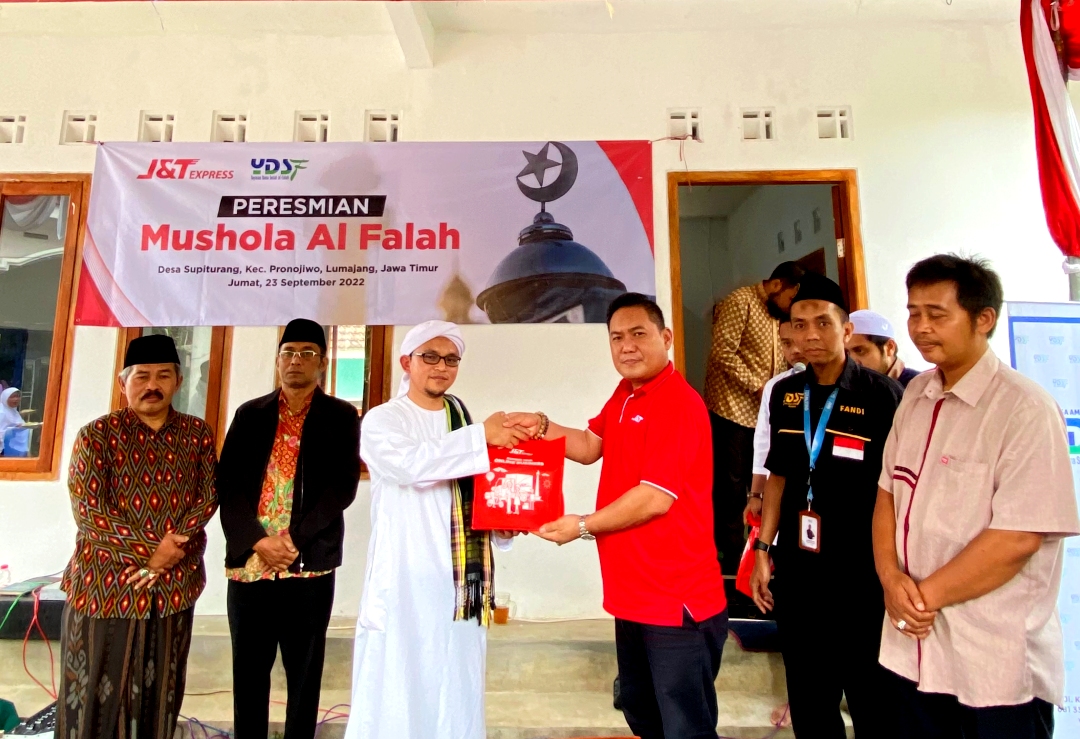 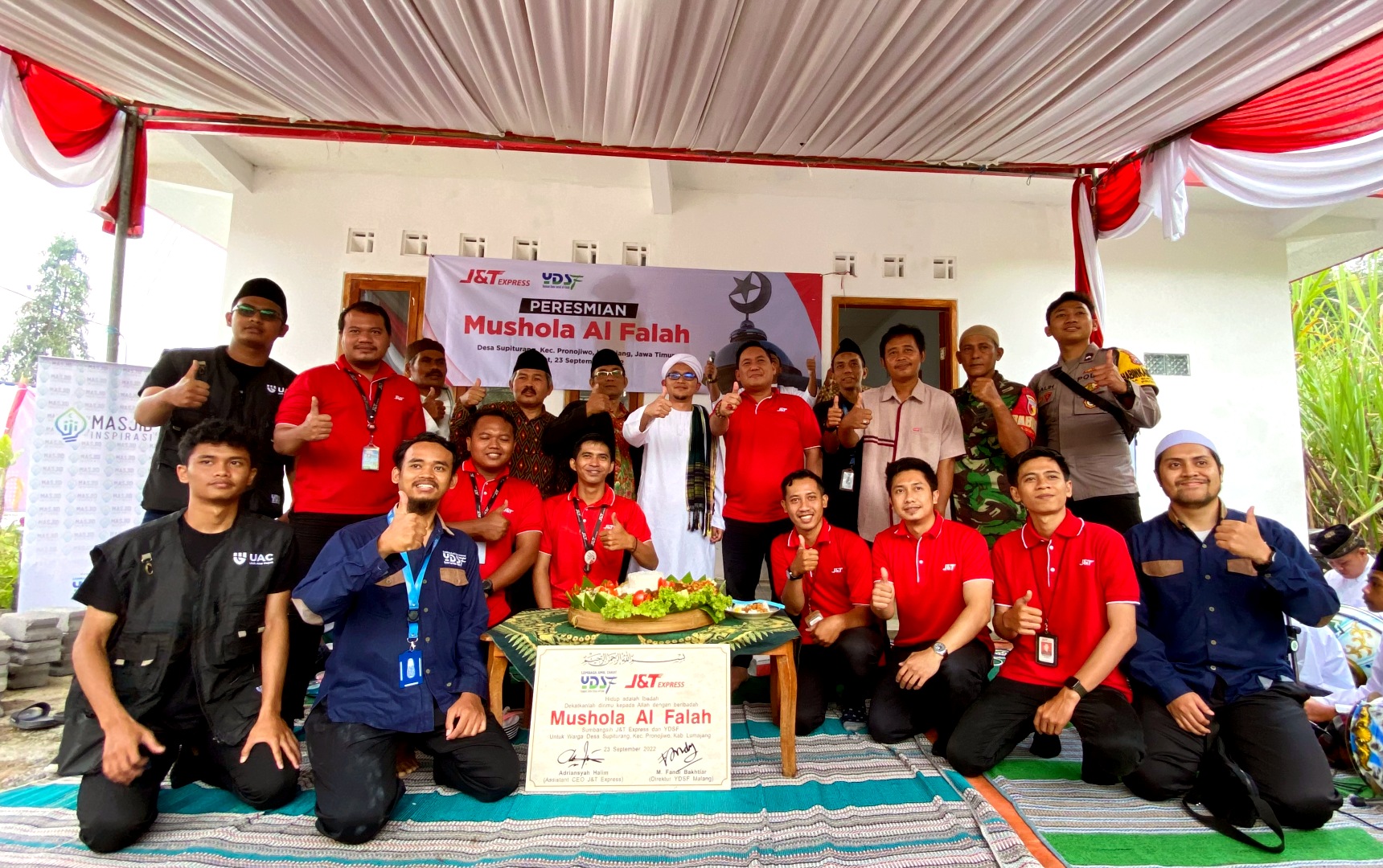 J&T Express inaugurated the Al Falah Islamic Prayer Room in Pronojiwo District, Lumajang Regency, East Java on September 23, 2022. As a global-scale shipping service company, J&T Express always continues to make positive contributions to Indonesia with various social activities including for residents of Supiturang Village affected by the eruption of Mount Semeru, so the implementation of the construction of this Islamic Prayer Room is a form of commitment and concern for the community.

The inauguration was marked by the signing of an inscription by Adriansyah Halim – Assistant CEO of J&T Express and Fandi Bakhtiar – Director of the Al Falah Social Fund Foundation and the symbolic cutting of the cone followed by a short tausiyah and prayer reading by Habib Husein Al Jufri. also attended by Babinsa, Babinkamtibmas Supiturang village, Kab. Lumajang.

"Planting Al Falah contains the meaning of Goodness and Safety, with the construction of the Al Falah Islamic Prayer Room carried out by J&T Express after the Semeru eruption that occurred some time ago, specifically for the benefit of the people of Supiturang Village, in Pronojiwo District." Said Adriansyah Halim - Assistant CEO of J&T Express.

Previously, the construction began with the laying of the first stone in February 2022 with an area of ±70 M2 which is located about 50 meters into the alley from the Pronojiwo - Lumajang highway, in collaboration with the Al Falah Social Fund Foundation (YDSF). ), J&T Express supports the need for places of worship in Supiturang village. The construction process is running smoothly and can already be used by villagers such as for worship in the month of Ramadan. Another benefit of having a prayer room close to the elementary school is that reciting activities for children can be carried out regularly every week.